I wasn’t always a teeth grinder.

It was a new thing for me that popped up late last Spring.  All of a sudden, one of the porcelain crowns that I had replaced the year before on my back lower molar started giving me trouble.  It was super sensitive to cold and hot, and would ache for no reason occasionally.

Being the health boss that I am, I went in on a mission to find out what was causing this to happen.

Strike Out #1- I went to my then holistic dentist to see what she had to say.  She did an exam but came back with no real answers.  She couldn’t explain why my tooth was aching.  Her solution, three rounds of ozone therapy to kill off any bacteria that could be causing it at $400 a pop!  No thanks!!

If I was going to spend that kind of money on my health, I at least needed an explanation.

Strike Out #2- I then went to see my old traditional dentist who had originally replaced the crown to see if they had messed something up.  I was even less impressed with the answers I got there.  They couldn’t figure it out either so a root canal was suggested.

Yeah freaking right was I going to do a semi-invasive procedure when I couldn’t even get a real explanation as to why I should!

I had to be my own health advocate, so the search for answers continued.

It was time for a 3rd opinion.  I found a new holistic dentist that a friend had seen and had great results with.  The appointment was booked and I was pleasantly surprised with his extremely thorough evaluation and recommendations.

He concluded that I was aggravating the root of the tooth because of clenching or grinding my teeth at night.  He asked me all about my eating habits, lifestyle and stress (like a good dentist should!) and attributed it to stress and convinced me to buy a $500 night guard to alleviate the pressure on the root of my tooth.

The night guard helped a bit, but you won’t believe what I found out later about what was really causing me to grind and clench in the first place!

In this week’s video I talk more about what was really causing my tooth pain and how I was able to cure it in 2 months after I figured it all out.

At the same time as this nagging tooth issue, I had also recently discovered that I was dealing with some unwelcome guests in my gut.  I had recently run an annual stool sample test on myself and to my surprise I had not only a parasite, nasty but common Blastocystis Hominis, but also some Candida overgrowth.

Something made me wonder if these gut invaders could be contributing to my tooth aches in some way since I knew that Candida can affect the environment of the mouth.

I did some research and in less than 2.5 seconds found my answer!

One of the symptoms of having a parasite like Blasto is teeth grinding (bruxism)! Those damn bugs where the root cause of all my pain.  I went on a mission to eradicate them and in less that 2 months of starting an anti parasite herbal supplement protocol, I was pain free!

And now here I am, almost a year later and I can call myself a recovered teeth grinder.  I haven’t used that night guard in well over a year.  Once I got rid of the Blasto, I was pain and suffering free!  No more teeth grinding for me 🙂

Bugs like Blasto and other types of bacteria and and yeast overgrowth such as Candida can cause all kinds of symptoms that seem far removed from the gut.  Here are some other signs that these invaders might be inhabiting your gut:

If you think you might be suffering from some unwelcome gut guests then you’ll want to check out my upcoming FREE webinar on April 6th at 6pm PT/ 9pm ET-The Gut, Mind, Body Connection: Decoding The Signs And Signals Your Gut is Sending About Your Health And Wellbeing – where I dive into even more detail about the about what might be going on in your gut!

And for registering for the webinar you’ll get my FREE DECODE YOUR GUT GUIDE so you can begin investigating what might be causing some of your nagging aches, pains and ailments.

REGISTER & GET YOUR BONUS FOR THE WEBINAR HERE

← Full Moon’s Effects on Your Health
What is Your Poo Telling You? (LOL, no for real) → 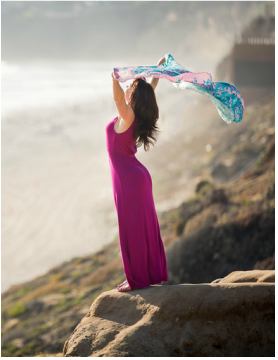